This session has ended. Feel free to explore other areas of the event platform.

This conference will show how to make aesthetic implants cases easily. We will present some designs tolls that improve our work using CEREC and some clinics details that make a lot of difference in our final results. 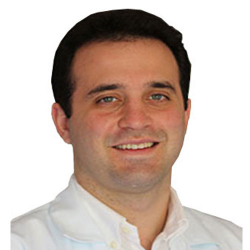 Daniel graduated from the Paulista University – UNIP in 2007 as Doctor in Dental Surgery, where he was awarded the best student in his class by the Sao Paulo regional council. Following graduation, he joined the Campo Grande Air Force Oral Implantology Specialization Program graduating in 2009.