This session has ended. Feel free to explore other areas of the event platform. 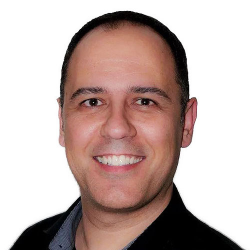 Between 1998-2006 he was teaching at ISCS-N University, fixed prosthodontics and lab orthodontics. In 2001 he became Victor Hugo do Carmo's - Oral Design International (Switzerland) - Protégé. He opened his own laboratory in the UK in 2006, where he started working as Self-employed and then changed to Majestic Smile Ltd in 2011. He has been working with CAD/CAM since 1998 and with the Sirona inLab system since 2009. He became a Sirona Certified inLab Trainer in 2011, where he shares his knowledge to current and future Sirona users. He is also the founder of the Academy of Digital Dentistry.